That’s why we’ve embraced the notion of being a “mosaic” nation,  a stark contrast to the American “melting pot” culture, where everyone is expected to fit into the homogeneous mold.  But my Canada has found unity in diversity — we are a confederation of different peoples and different cultures. It’s no surprise we have so many political parties.

Unfortunately our antiquated electoral system disadvantages both independent candidates and the smaller parties,  making it very difficult for them to represent citizens in Parliament.  For a long time the Green Party of Canada failed to achieve a single voice in parliament — even with the support of almost a million Canadians.  But when governments in power have the ability to change rules and riding boundaries to their own advantage, its no wonder the more powerful parties are able to secure seats in parliament with a many fewer votes.   But persistence can pay off, and we now have two GPC parliamentarians, and we’ve seen what a difference the addition has made.

But the Canadian tragedy is that there are still far too many of us without any representation at all.   but in reality, any electoral system that fails to provide representation to three quarters of the eligible voters can hardly be called a “representative democracy.”

Too many citizens give up on our unfair political system in frustration.  The reasoning goes: why waste our time voting if our votes don’t count?   When almost half of the eligible voters don’t vote, support for the smaller parties waxes and wanes, and fewer votes determine our election outcomes.

But many Canadians are stubborn, too.  That’s why many smaller parties continuously jump through the bureaucratic hoops necessary to retain their official “Registered Party” status.  These small political parties may not be able to have official standing in the House of Commons, but they nonetheless represent a great many of our citizens and residents, many of whom are among the most politically active members of Canadian society. These Canadians work for significant programs, and fight for real solutions to the major problems facing Canadians, including proposals for democratic reform.

This is why so many Canadians keep on “wasting our votes” by voting for the candidates and parties we want to send to Ottawa. Even when we understand that supporting one of the smaller parties is unlikely to secure us representation in parliament, a great many Canadians continue our dogged support of a wide variety of diverse smaller political parties.  Because we believe that Canada should truly be a democracy, most Canadians believe  all Canadians deserve representation in Parliament.
Even though our badly outdated winner-take-all electoral system makes it nearly impossible for the smaller parties to install MPs in the House of Commons, they can still speak for us.

Add they do speak for us.

This diverse group of political parties will come together to voice their particular concerns and objections and outline their commonly held reasons for opposing Bill C-23.  All these parties are unanimous in their opposition to Bill C-23, and like the many Canadians they represent, they want to see this Unfair Elections Act withdrawn in its entirety.

Unrepresented Canadians and Small Parties without House of Commons seats share the challenge of being heard. This is why citizen journalists, bloggers and even mainstream media (and citizens, too) need to attend this press conference, and share their views on this vitally important topic.

For further information contact the party of your choice:

Although these small parties have yet to overcome the artificial barriers inherent in our unfair First Past The Post electoral system, they do in fact speak for much of the effectively disenfranchised Canadian population.  In a real democracy, all voices must be heard.

That’s is why all Canadians deserve to hear what they have to say.

Note: Although I am unable to attend, Whoa!Canada is willing to publish submitted event coverage & photos here.

Keep track of the progress of Bill C-23 here.

And call or write your Member of Parliament to tell them just what you think of this mis-named legislation. 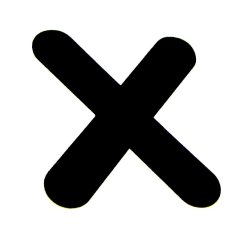 The Harper Government is rushing the so called “Fair Elections Act” 242-page Omnibus Bill through the House of Commons at breakneck speed. The sweeping changes this ill advised draft legislation seeks to implement are raising alarms among Canadians about the future of Canadian democracy.

You can read the full text of Bill C-23 here.

So far there are two petitions in opposition to the ill advised “Fair Election Act” the Harper Government is rushing through the House of Commons.

The first is being mounted by the online advocacy group Leadnow, who are particularly concerned with the aspects of the bill which will serve to disenfranchise many Canadians, including First Nations peoples, Canadian young people, and the growing ranks of the Canadian poor.
PETITION: Stop US Style Voter Suppression From Becoming Canadian Law

The second petition is from The Council of Canadians, who are particularly concerned with the undemocratic changes this law would make to our electoral system.
PETITION: Investigate and prevent electoral fraud with a truly fair Elections Act

My previous article looked at the “Fair Elections Act” but there are so many things wrong with C-23 there have been a flurry of articles already: 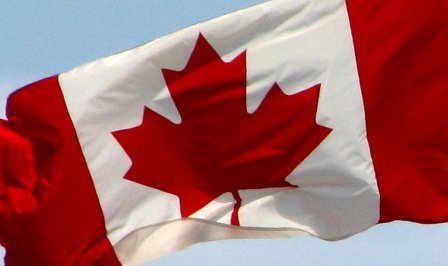 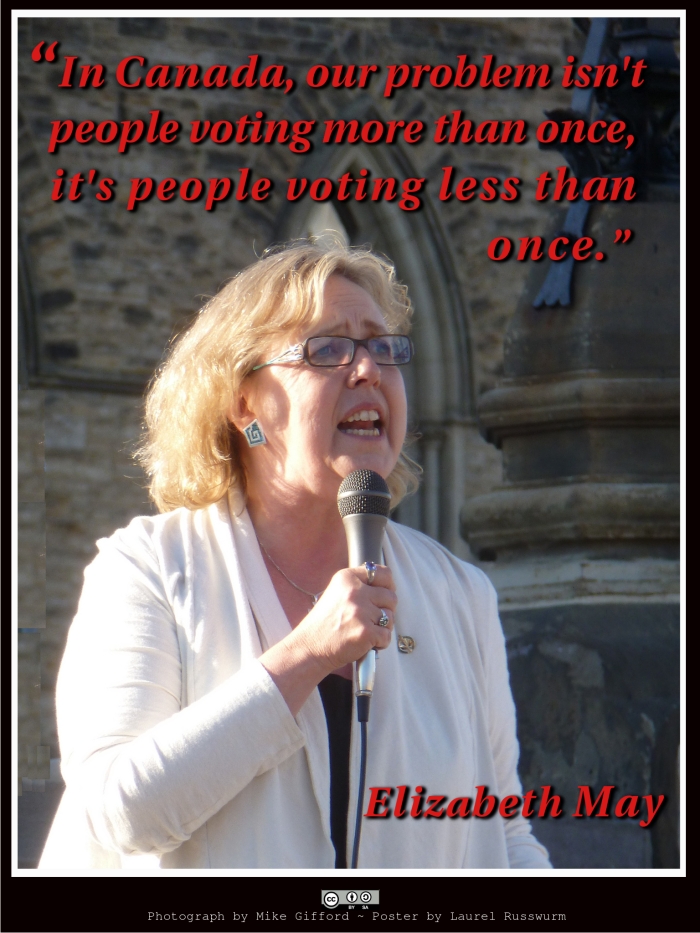 Elections Canada is the independent, non-partisan agency responsible for conducting federal elections and referendums. Once appointed by the House of Commons, the Chief Electoral Officer reports directly to Parliament and serves until retirement at age 65 or until he or she resigns.  She can only be removed from the position by the Governor General of Canada for cause in a process requiring a joint motion and majority vote in both the House of Commons and the Senate.

Well, that’s what it did until now.

Appointed in 2007, our current Chief Electoral Officer Marc Mayrand was unanimously approved by the House of Commons in 2007.  [post script: every single Member of Parliament in every party, including Mr. Harper during the last Harper Government minority, supported the choice of Mark Mayrand. ] Throughout Mayrand’s term of office, there have been what seems an never ending list of electoral scandals, ranging from creative financing all the way up to the Robocalls.  Here are a few of the highlights:

Conservative Minister for Democratic Reform Pierre Poilievre was quoted as saying, “The referee should not be wearing a team jersey,” a clear indication the Harper Government feels Elections Canada has been unfairly targeting Conservatives.

And while Prime Minister Harper can’t remove Marc Mayrand from his job, it seems he can remove half of Elections Canada. It certainly looks like revenge to me.  My own opinion is that Elections Canada’s has been treating the Harper Government with kid gloves.

“The reason I doubt anything the Conservatives say on electoral matters is they have a proven track record of consistently cheating in elections,” NDP Leader Tom Mulcair said outside the Commons

This law aims to crack down on voter fraud by making it harder for Canadians to vote. There are many good reasons for citizens eligible to vote to lack sufficient credentials. Not everyone has photo ID.  Wallets are stolen, people who have just moved often lack proof of residence. In the past, such situations could be overcome by having a voter with the correct credentials vouch for you. It is estimated that this change will prevent thousands of Canadians from voting. This change will hit the young and the homeless hardest.

There have been suggestions that this Law will create an independent Electoral Commissioner, but in reality, the Independent Commissioner exists already; they are simply moving him.  [post script: The current system protects the Election Commissioner and the process of policing the Elections Act from partisan interference.  Placing the Commissioner of Elections under the authority of the Public Prosecutor, who is himself a political party appointee, would appear to remove such protection.  If I am correct, this law will effectively remove any accountability in Canadian electoral law.]

The idea is supposed to be to hold those responsible for electoral fraud accountable.  But how are they planning to find these frauds? Well, it seems political parties engaging in Robocalls will be required to register and submit their scripts to the CRTC. This is voluntary registration is supposed to protect citizens from being deliberately disenfranchised by fraudulent robocalls that send them to non-existent polling stations.

If someone wants to commit robocall fraud, are they really going to turn themselves in to the CRTC ahead of time?   I think not.

If the Conservatives were serious about electoral reform, we would be talking about ending First Past the Post and introducing Proportional Representation, reforming our unelected and unaccountable Senate, and ending the practice of having party leaders sign off on candidates’ nomination forms.  Unlike Michael Chong’s important Reform Act, this is just rearranging deck chairs on the Titanic.

Image Credit
Elizabeth May by Mike Gifford released under a Creative Commons Attribution Share-Alike license
Plain Text: “In Canada, our problem isn’t people voting more than once, it’s people voting less than once.” ` Elizabeth May