I am exceptionally invested in Electoral Reform; having watched and participated in many of your meetings as well as being involved in many local DIY Community Dialogues and Information Sessions.  I was unable to attend your single Ontario stop on your Cross Country Tour in Toronto because we were putting on a previously scheduled Info Night in a local library. After a life spent voting in every election for over three decades my vote has never actually elected an MP or an MPP.  I am frankly tired of electoral futility, and especially of being a second class citizen.

It isn’t that I’ve been voting for some wild fringe party– over the years I have voted for candidates from each of the 4 major parties in English Canada.  But the futility of casting my vote had me considering joining the ranks of non-voters … until I started learning about Proportional Representation.

It’s time Canada actually became the Representative Democracy I was told it was back in High School.  Not just for me, but for my son.  And my nieces and nephews… and everyone else’s kids, too.  Because I was raised to leave a place better than I found it.   And at least once before I die, I’d like to know that when I vote, it might actually count.

END_OF_DOCUMENT_TOKEN_TO_BE_REPLACED 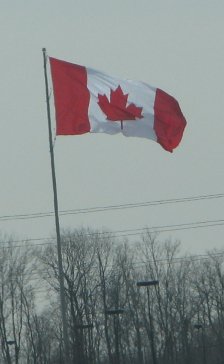 One of the most compelling reasons Canada needs an electoral system that will produce an outcome of Proportional Representation is our diversity.  One size does not fit all.

Some Canadians support the political party they’ve chosen with the fervour of a hockey fan supporting their favorite team ~ no matter what. Others try to support the party that seems to best reflect the voter’s own ideology. Others, like me, don’t support any one party, but vote for the individual candidate that we hope will best represent our interests on an election by election basis.

As a small Ontario school child I was taught Canada is a democracy. It seemed the only fair way to govern a free country, so I was pretty pleased to be a Canadian. As I grew up and learned more about how our political system actually works, I discovered that what we here in Canada call democracy isn’t what I thought it was. Representation in government is a privilege only enjoyed by a few, denying most citizens an equal say in the decisions that affect our lives.

The disproportionate outcome of our Winner-Take-All electoral system infects our entire political system with inequity.  Here in Canada 30% of the vote can deliver a majority, because all our votes are not created equal.  Some votes count more than others, but most votes don’t count at all. Besides polarizing Canadians into “winners” and “losers”, this deprives us of democracy, a sad situation that can only be corrected through Proportional Representation.

Canada’s New Democratic Party (NDP) platform has supported Proportional Representation for a long time. But how strong is the NDP’s commitment to PR?

As parties approach power, they have a natural tendency to drop the commitment to Proportional Represemtation.

It is important that we show to NDP leadership that the membership still cares about this issue.

If you are an NDP member, please:

1. phone someone on your EDA (local riding) executive,

2. find out who is going to the convention from your electoral district (riding),

3. call the delegates, see if one of them is willing to go to Panel 5 (Governing in an Inclusive and Fair Canada) on Friday morning,

4. ask that delegate to support the three resolutions making PR a fundamental plank of the next NDP election platform.