This guest post was written by Fiona Causer, a student currently pursuing her bachelor’s degree in Legal Studies. She enjoys writing and seeks to use it as a vehicle to convey ideas and engage others in discussing relevant issues of our day. 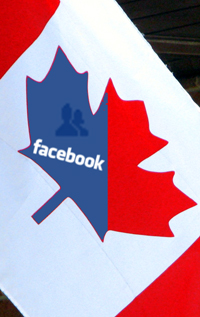 Canada is the thirteenth most saturated country in terms of global Facebook users, with a penetration rate of 51.22%.  With so many users, Facebook,  Twitter, and other social media sites maintain personal information on millions of people.

Your book, movie, and music preferences, as well as your current whereabouts and up to the minute status updates, and so much more are part of the price we pay for such “free” services.

Thankfully, unlike in America where this issue has recently been an issue in the news, federal labor laws prevent prospective employers from requesting personal information from job applicants, like social media passwords. Employers requesting Facebook passwords would be in violation of the Personal Information Protection and Electronic Documents Act (PIPEDA)  and the Ontario Human Rights Code. And likely, there will not be a cause for concern in the future, since both federal and local governments employ privacy commissioners in order to guard the privacy of Canadian workers. Despite these safeguards, Canadian legal practitioners still need to remain vigilant in assessing new privacy cases as the social media landscape continues to change. Many Canadian law, legal services and paralegal degree programs are continuing to put an emphasis in understanding privacy and intellectual property law. Canadian lawyers are ready for any personal privacy-related issues in the future.

Internet legislation, not just in social media, is becoming increasingly concerned with censorship and piracy. America’s Stop Online Piracy Act (SOPA) and Protect IP Act (PIPA) protests were obvious: websites took a stand, Facebook profile pictures were replaced by the anti-signs, and SOPA and PIPA were broadcast widely as terrible solutions to a perplexing problem. But the neighbors to the north are facing their own political push towards online censorship with Bill C-11, which, though less radical than PIPA and SOPA, will seriously affect North American internet usage. 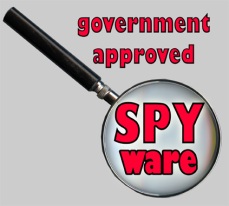 However, this does not mean that there have not been legislative attempts to make the Canadian government privy to its citizens’ personal information. For example, while Bill C-10 has been passed, Parliament first removed the “lawful access” provisions, in response to public discontent over its inclusion. This would affect the privacy rights of all Canadian citizens (not just criminals) by allowing warrantless access to personal information Despite its removal in Bill-10, it appears that Parliament is trying to reinsert similar language and provisions into Bill C-30, this time for the intended purpose of protecting Canadian children from criminals. Regardless of Parliament’s intent, there is clearly a desire for granting itself greater scrutiny into the actions of its citizens. If any clause regarding “lawful access” is included in either C-30 or future bills, there will surely be more privacy rights concerns for Canadians.

As for C-11, while it seeks to provide protection against copyright infringement, it will serve little purpose in protecting Canadian’s right to privacy, especially if “lawful access” is ever included in any future legislation. Ultimately, while these bills (i.e., C-10, C-11, C-30) are rooted in the idea of protecting its citizens either from intellectual property theft or criminality, they do propose significant concerns for the privacy rights of Canadians; especially those actively engaged with social media networks.

Having a collective voice is a powerful tool. And if Canadians start to feel that their future privacy rights are on the fringe of being compromised: they will have to actively speak up. Otherwise, Parliament may not even think to listen.

I am not an expert on SOPA, PIPA, or American Censorship of the Internet; but I do know quite enough about the issue to be extremely concerned.  This blog got an awful lot of traffic yesterday, and it seems that there were a lot of unanswered questions about how this all will affect Canadians.

The following are many of the search queries — what people type into the “search” bar in their browsers — that brought people to this blog yesterday:

SOPA and Protect IP (PIPA) will most certainly affect Canada.  These bills assume American governance over all of the Internet used by Canadians.   Under these laws, an American allegation will result, not just in blocking Americans access to Canadian sites accused of infringement, but in Canadian website takedowns.  This is simply unacceptable.  Last time I looked, Canada was a sovereign nation.

If I haven’t answered your questions, please let me know in comments or email (click my avatar image; my email address is posted in my profile), and I’ll address any unanswered questions next week.

In the meantime, for information about the legal ramifications of SOPA/PIPA on Canada, Michael Geist wrote a pretty extensive explanation of the legalities for Canadians in Why Canadians Should Participate in the SOPA/PIPA Protest

You can find information about SOPA from http://americancensorship.org/

… and, of course, Wikipedia has clearly stepped up to the plate on this.

Yesterday, while the US portion of Tumblr was dark, I posted a fair number of screen caps of blacked out sites, as well as reblogging Tumblr SOPA protests on my Tumblr blog.

SOPA and PIPA are bad laws that will very definitely impact on Canadians and our Internet.

You know, as a Canadian growing up north of the 49th parallel, I learned an awful lot about freedom of speech from American Movies.   Films like

Were stunning. Although there was a particularly good French film, (based on the Ray Bradbury story) ofFahrenheit 451, too.

The Hollywood community knew all about censorship, you see. The Hollywood fight to prevent censorship from without by creating their own censorship in the form of the Hayes code is legendary. For decades film makers tried every ploy imaginable to sneak things past the Hays Office.

My own personal brush with industry self censorship was when I was working on Hot Shots and Night Heat, which were Canadian-American co-productions. I was never aware of any such directive from CTV, the Canadian network that ran the shows in prime time. But even though CBS ran the series’ as part of CBS Latenight (at a time when all the children ought to be asleep) although I don’t believe it was written down anywhere, I certainly recall the verbal ground rules we writers had to abide by. A 1 hour episode was allowed to contain as many as ten “hell”s and/or “damn”s, and one of either “bitch” or “bastard. All bets were off if a character could be legitimately talking about a female dog, or an ‘illegitimate’ child.

It always boiled down to the idea that self censorship would prevent externally imposed censorship. And films get banned in different places anyway, as can be seen from this Wikipedia list of banned films. (The most bizarre to me is the Manitoba ban on comedies.)

Free speech is something many Americans value in the extreme.

But it’s awfully hard to have either creative freedom or free speech if there is external censorship. The unique aspect of the proposed American SOPA (Stop Online Piracy Act) law isn’t that it allows the state to censor, it sounds as though it will allow anyone to censor anything. Some people think this is a good thing, because they will be able to stop the the free speech of others, speech they disagree with. Of course, they never realize that it can also be used to silence them.

If the American “Protect IP” or “SOPA” law passes by Christmas, as intended, the Internet as we know it will be over. I have to wonder, too, if the rush to get our Canadian DMCA, Bill C-31 passed by Christmas is connected.

The Irony, of course, is that all of this censorship, and all these repressive measures are being driven by Hollywood, the former champion of free speech.

This little (non-Hollywood) film explains it better than I can:

If you have video issues, you can watch the webm version here: https://s3.amazonaws.com/fftf-actionkit/Protect_IP_Act_Breaks_the_Internet.webm

You can also follow the grass roots Occupy Wall Street Movement all over the interwebs (at least until they get shut down) at http://www.ustream.tv/TheOther99

In solidarity with our American friends trying to convince their government not to break the Internet with IP Protect, I have also posted “Stop Censorship” on my personal blog, the StopUBB blog and my family website.

Canadians: tell our government not to pass Bill C-11, which will have much the same effect on Canada. 😦 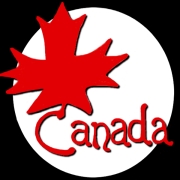