The very title of this opinion piece is both inflammatory and misleading. Although Mr. Ricci mayt be qualified to comment on the state of culture, the article is actually exclusively devoted to one small piece of Bill C-32, the expansion of the fair dealing section of Bill C-32 to include educational uses.

Although Mr. Ricci implies it’s the equivalent of making educational material free of charge it’s not. Canada’s Minister of Industry is well aware of this, tweeting: 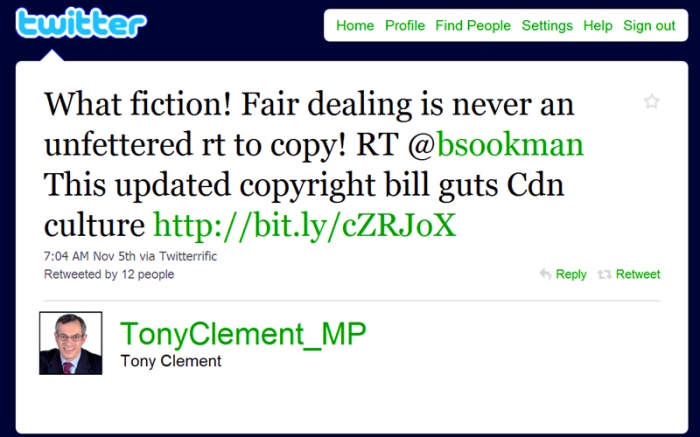 But even more important, although some students coming out of higher education may retain their textbooks rather then selling them on, educational text books have never formed the basis for societal culture in any universe I’ve ever heard of.

What Mr. Ricci calls this “vulnerable cultural sector,” has been working hard to impoverish our children’s education for years. Educational publishers have routinely charged vast amounts of mark-up on text books for decades and the lion’s share of this has certainly not gone to the writers.

The excessive prices demanded is a great part of why so many textbooks in all levels of Canada’s public education system are so terribly out dated. In some areas of study it may not be an issue, but in others it does an incredible disservice to our children. My child’s high school computer programming text was older than he was… and written in a time of pre-Internet history before most of today’s technology existed.

The justification for the exorbitant cost of textbooks was always that such small print runs were required. Even so, the publishers made out, the copyright collectives made out, but, sadly, the writers are the only ones who were actually unable to make a living from the books they wrote. Of course, some writers could get paid employment by going to work for the copyright collectives or publishers.

But at least with textbook purchases, our children may at some point get some value from re-reading the material in later years, or perhaps selling the used copies to later students. The absurdity of paying absurd amounts of money for photocopies has always struck me as foolish. These aren’t books with an intrinsic value, they’re disposable. 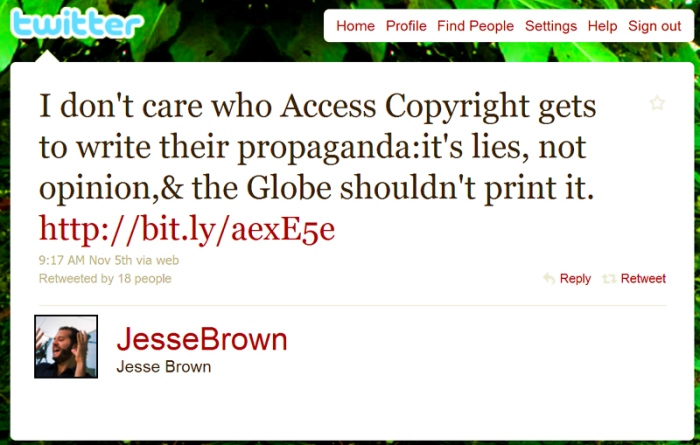 If students were buying entire textbooks for a single chapter, why didn’t publishers offer them as individual chapter offerings? Slim text volumes at a fraction of the price? But no, the necessary chapters were overpriced to subsidize the unnecessary chapters. The “innovation” that was arrived at in the latter part of the twentieth century were contractual deals whereby publishers and copyright collectives received compensatory payment for photocopies from libraries and educational institutions. These copies made with student labor on educational institution equipment triggered compensation for the textbooks that were not sold.

But then I think the “Public Lending Right” is horribly unfair too. Books people read in libraries aren’t lost sales, they’re advertising. It used to be that writers were happy to have their works disseminated in public libraries. It was the authorial equivalent of air play for recording artists. But even charging libraries quantities of extra cash per book has not improved the standard of living for authors either. Funny, that.

My purely anecdotal take on today’s public library systems is that there are fewer books in them. Part of it is that physically they are removing shelves of physical books in favor of public work stations and digital media. But I’m wondering how much of that is due to money being paid out for the “Public Lending Right” rather than spent on the purchase of actual books to lend.

Perhaps because my public library can’t afford to stock it, I’ve never read any of Mr. Ricci’s award winning fiction. Like any careful consumer during a recession, I never buy books I’ve not already read, and then not unless I think it’s a good book. The only time I’ll buy a book by an author I’ve not read, is if it looks interesting and costs only a buck or two in a remainder bin.

technology has reduced costs of physical production of books

As writer involved in self publishing my first novel, I recently discovered that it is more economical to purchase Print On Demand (POD) bound proof copies with glossy colour covers for my beta readers than to print them myself at home on my laser printer. Things have indeed changed.

And in today’s digital world, there is no reason why text books can’t be tailor made to the class. It can be easily be accomplished in these days when digital copying has brought the distribution costs down to almost nothing, as shown in another Globe and Mail article: Toronto startup cracks the electronic textbook

Our children and their education have traditionally been the big losers here. Neither publishers or copyright collectives seem to have student interests at heart. They’re in it for the money.

Personally, as both parent and writer, I have some very serious reservations about Bill C-32 but expansion of fair dealing for education is not one of them. It saddens me to see creators who are not well versed in either the legal or technical aspects of copyright law being set up as straw men. I guess what I wonder most is why a fiction writer is weighing in on this aspect of Bill C-32 rather than a writer of textbooks.

More a more informed opinion of the fair dealing aspect of Bill C-32, read what David Fewer has to say.

For More on the the politics of Bill C-32 can be found in Russell McOrmond’s Hyperbole from traditional educational publishers: postcards/etc., and The general mood of the House of Commons debate on C-32 thus far.

Interesting additional reading can also be found in Wayne Borean’s Through the Looking Glass: The TPM Provisions in Bill C-32 Are Not In Compliance With The WIPO Internet Treaties

But the real post script comes from Mr. Ricci himself in his response to the comments his article garnered:

What the response amply demonstrates, however, both in its range and in its vehemence, is that there is a need for much more public debate on this very complex issue before Bill C-32 is allowed to pass into law.”

He is right about that. Canada may be ready for a new copyright law, but a bad one rushed through in haste would be infinitely worse than what we have now. This is an issue that will impact on all Canadians. We certainly don’t want a Canadian DMCA.